At least three people died and around half a dozen were injured after multiple vehicles were involved in a traffic mishap on the Lahore-Islamabad Motorway (M-2) on Wednesday near Babu Sabu.

Rescue officials had to use cutters and other equipment to rescue those trapped in the wreckage.

The injured were shifted to a nearby medical facility for treatment and first aid. 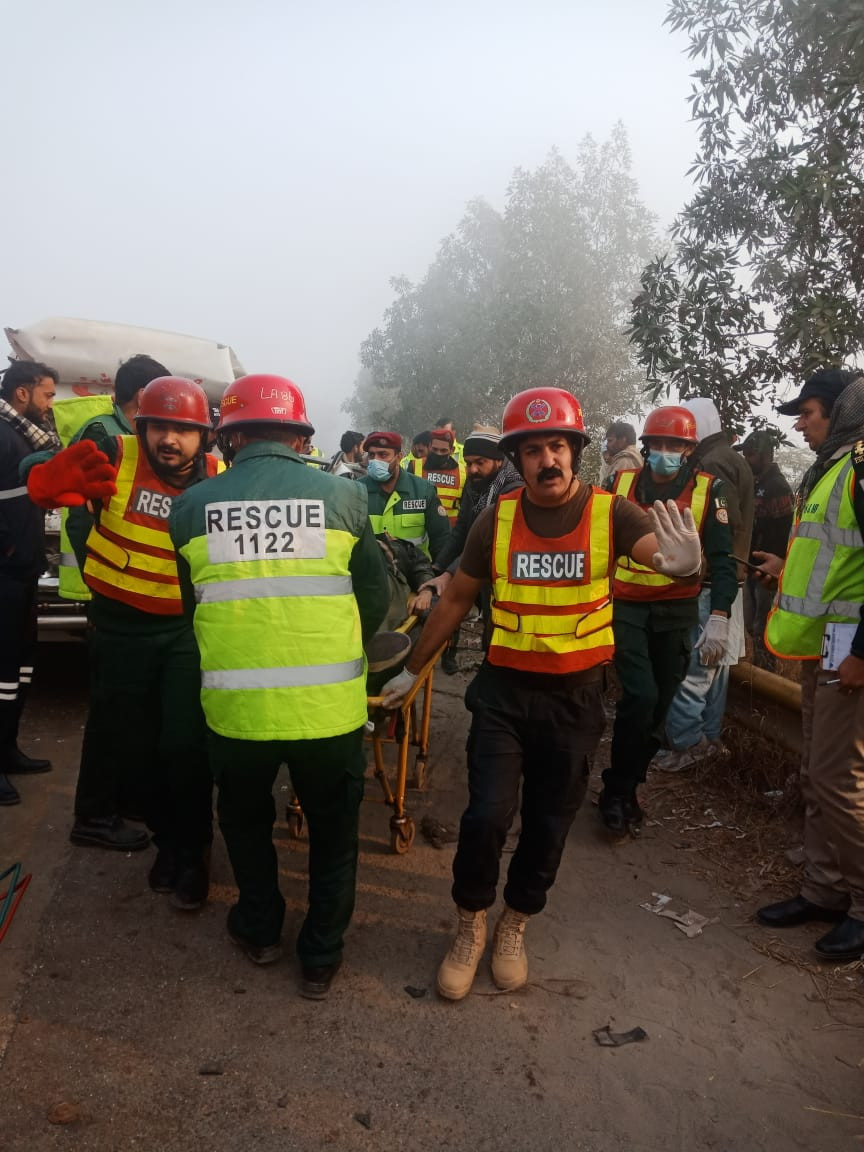 Earlier in November, at least 25 people were injured in multiple pile-ups on the M-2 motorway between Lahore and Islamabad.